Tell me a story: augmented reality technology in museums 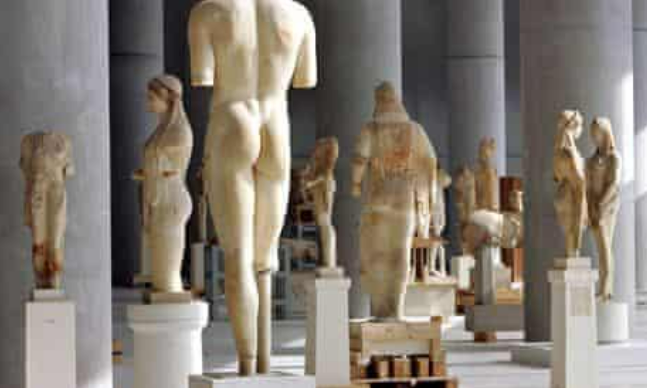 Storytelling is key to the museum experience, so what do you get when you add tech? Curator-led, non-linear digital tales.

The Night at the Museum is a children's picture book by Milan Trenc – later, a Hollywood blockbuster – that told the story of a New York museum nightwatchman discovering, to his horror, that at night the building's exhibits came to life. The basic premise of the story, however far-fetched, is that this dusty museum suddenly became even more interesting if the exhibits were telling their own story, although it did still involve being chased by a Tyrannosaurus Rex.

Museums around the world today face the challenge of increasing and maintaining visitor numbers, especially with younger audiences. A fall in visitors is seen by most as a negative outcome, both financially and in terms of wider social and educational impact. It can happen due to a range of factors, but one of the most important is that museums can often find themselves competing with the products of the entertainment industry, which at its heart is in the business of telling a good story.

Don't get us wrong, storytelling is certainly not absent from museums. It's one of the most important factors behind the emergence of the so-called new museology doctrine, which brought storytelling to the forefront of the museum experience through audio guides, video and by placing more emphasis on thematic organisation and different perspectives, such as varying cultural interpretations.

Taking this trend further is the emergence of interactive digital storytelling, which combines participation with automatic story generation and narration to focus in on making storytelling more personal and mobile. It's edutainment – something that both educates and entertains for a more engaging, adaptive and fundamentally enjoyable visitor experience.

One of the most successful real world uses of interactive digital storytelling is augmented reality (AR), such as that employed to great effect at the British Museum. The technology transformed the museum experience for a child into a story puzzle using a dedicated tablet app. The app sets up a game, A Gift for Athena, which rewards the visitor for finding certain statues from their outlines by telling them more about the exhibit and directing them into the next stage of the game.

The EU-funded Chess project (a shorter name for the much longer Cultural Heritage Experiences through Socio-personal interactions and Storytelling) takes digital storytelling much further and plans to make interactive content such as games and augmented reality available to the entire museum sector.

The project relies on visitor profiling, matching visitors to pre-determined "personas" – which are designed as a representative description of the various people that constitute a given museum's visitor base. These are created through data from surveys, visitor studies and ethnographic observations. A given visitor is matched initially through a visitor survey to one of several representative personas, which in turn influences fundamentally the experience delivered by the Chess system.

Doing this makes the visitor experience non-linear. The system constantly adapts to a visitor's preferences. For example, if a visitor fails in a game or stays longer in front of certain artefacts, the system can adapt the storyline. It makes the experience more dynamic and relevant, so instead of sending the visitor to X exhibit, the system might instead choose to send you to Y exhibit, where you will get more information that's relevant to what you've shown an interest in.

Interactive tours can be created by the museum curators themselves rather than by IT programmers. It gives museums the chance to constantly create new experiences to try to get people to visit more than once.

We've been testing the project at the Acropolis Museum in Athens, Greece, where the team used the technology to bring a collection of architectural and sculptural remains to life by using AR to restore colours and lost features. Similarly, at the Cité de l'Espace in Toulouse, France, the project has been used to bring space flight and the layout of the universe to life.

Our next step is to commercialise the Chess project via an app and alongside the results of other EU cultural heritage projects, it will hopefully constitute an important step in implementing the digital agenda for Europe.

Storytelling is at the heart of an engaging experience and this is a recognition that has been at the core of many a successful museum over the past decade. Hopefully, as projects such as ours come closer to final development, we will see a continued digital renaissance in the European museum sector, making our cultural past interesting, engaging and relevant for the visitor of the future.